To no one’s surprise, this month’s binge-watching wrap-up is going to be longer than it has ever been. And this is despite the fact that I was drowning in assignment during April, so I really fear what will happen in May…

Ahem. Still, I believe I mostly stuck to quality shows and movies, partly because I had to go through several bad and cringey movies that I left half-way through. Speaking of, what do people see in Clueless? I could not bear to watch it, I swear any more eye-rolling would have made me lose my eyesight.

EVERYTHING I BINGE-WATCHED IN APRIL

I just love this so much. It’s dramatic, intense and I absolutely love the characters. A lot went down in the these two seasons and everything successfully blew my mind. Ahem. There were certain deaths we shall never talk about because my soul hurts too much.

Also, I’ve been learning Spanish so I love turning on the English captions but hearing it play out in Spanish. At some odd bits I recognize what they’re saying without having to read the subtitles and I feel so accomplished! I know there’s going to be a season 5 but the wait will honestly kill me. I had guessed the cliffhanger we’ve been left at but I still wanna know what happen next, okay?

I CAN’T BELIEVE THIS SEASON ENDED ALREADY. I loved this one so much! Honestly, season 6 was a bit rocky for me but season 7 has been so much better! I feel like they’re finally getting back to their brand of humor as well as emotional content. I still hate that they include explicit content but bleep it. Either don’t include it or don’t bleep it. But still, I really hope the next season comes around soon.

I’ve honestly been craving reality shows like anything during this quarantine and Survivor is the best thing out there. I’ve been absolutely obsessed with it and I did try to expand to other reality shows like The Bachelor and The Bachelorette but holy shit, how do people watch all that cringe? I honestly couldn’t make it past 20 minutes of the first episode of either of these shows. I’m sticking to Survivor, thank you very much.

I’m eagerly awaiting updates for the current S40 and umm I might have gone and started a Survivor based Malec fanfiction. Things have been a bit insane lately.

So I clearly have a favourite show that I like to go to in times of anxiety….

Even I’m not sure how I binged 6 freaking seasons, it all seems like a blur. But I just love this show so much and it gave me so much comfort. I’m so devastated that it’s ending, I was full on sobbing at multiple points during the last episode. But at least I can always return to it whenever needed 🙂

So when I told Netflix I want to see more psychological thrillers it immediately jumped onto creepy and horror movies, a genre I generally stay away from. God, this movie was so freaking creepy, I refused to watch it at night. And the end was even creepier, but for different reasons. The plot was actually good and I did not expect that plot twist and end so I would say go give this sick and twisted movie a try.

This is again, what I suspected to be a psychological thriller but instead turned out to be a horror and fantasy-ish movie. This was worse than The Boy because it had none of the aspects I was looking for. But god damn I was curious so I watched till the end and I guess it was okay? Everyone was stupid and I was screaming at all the main protagonist’s friends and family to run away but nope, they never listened. One of them was smart though and I won’t name him because of spoilers but honestly what he tried doing was the only solution lol. I don’t blame him.

Basically, horror movies have stupid people. And tons of jump-scares which scare the hell out of me. And no, this is not the poster I saw otherwise I would have backed the hell out. What I was shown was a freaking dark poster with a single light coming from a phone or laptop so you can’t blame me for getting the wrong idea.

I finally saw this one. I never really got the time to watch it before? I had had my sister describe the whole plot in detail before I went to watch Endgame but then I decided why the hell not. And I kinda like it. The movie is nowhere near my top Marvel favorites but I liked the effects and overall message even though the plot-line was extremely confusing. 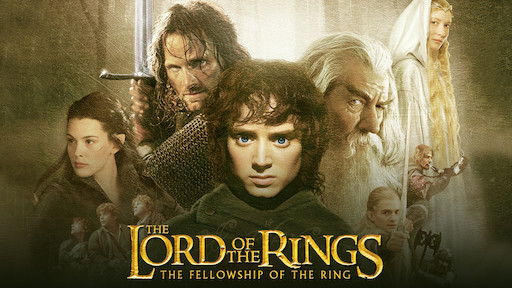 This one was solely thanks to Nandini from Novels and Nebulas because I finally gave in to her bugging me requests of watching her favourite movie franchise. We held a Netflix party over a span of three days because this movie was hella long. But I did love it. The aesthetics are absolutely mesmerizing and I really love the characters. And the plot is intriguing!!! So basically the only reason I didn’t read this book series is because I wasn’t able to get into the writing style.

Anyway, we’re going to watch all the movies and we better watch the next one soon, before the details start evaporating from my brain, lol.

This one has rightly been called the black edition of Back To The Future and it is so good! I don’t know whether I was having an emotional day or what but I ended up crying at several bits, especially the ending. It also reminded me of The Hate U Give and it’s just a beautiful narrative of black voices that you should absolutely watch.

I watched this one solely for Sarah Hyland. I absolutely stan her and even though the blurb felt like meh I just had to watch it. And in the end the movie was so so, filled with montages and some general stuff but Sarah Hyland is love and I got some laughs out of it so it was a fair deal 🙂

I finally got around to watching this one! Honestly, I’ll watch anything that stars Ayushman Khuranna because he’s the only decent and wonderful guy left on the planet. Adding to it, this movie is gay???? Hell yes! You all, Bollywood doesn’t portray LGBT characters as the main characters, like ever. It’s only recently that a couple of movies are starting to pop up and this one actually had a bit about Section 377 (the one that criminalized gay sex) hearing.

This was an amazing comedy and yet a heartfelt piece about being queer. Okay, everyone just go watch it please, I can’t formulate enough words for its praise.

Have you seen any of these movies or do you plan to?

What sort of shows and movies have you been watching during quarantine?

10 thoughts on “Everything I Binge-Watched In April”