February = Stress is something that has been established by me. My second semester at university sprung fully into force with February which meant I was absolutely drowning in work. But I didn’t give up on my binge-watching because that’s what I do when I’m stressed.

And then I get stressed that I’ve been binge-watching and not studying. And then I continue watching because I’m stressed. It’s a vicious cycle…

EVERYTHING I BINGE-WATCHED IN FEBRUARY

I’ve actually been watching The Good Place episodes as they came out but I wasn’t sure which wrap-up to include them in so it only made sense to include it in the month when it would end. I’m just so emotional over this show ending. I absolutely agree with the decision to not stretch it and end it here but still, this show is so freaking beautiful! I love the characters, their development and the overarching theme in general. The fourth season was everything that I could have asked for so it was a bittersweet ending 🙂 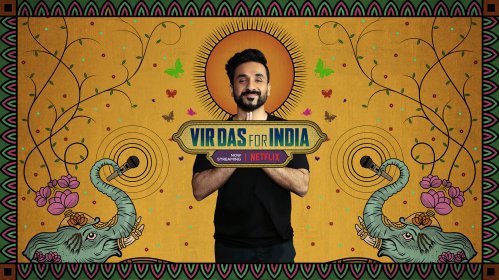 First off, I take offence at this stereotypical poster that seem to exoticise and limit India to elephants, lotuses and traditional designs (Yes my critically analytical courses are making me see a whole new world). But apart from that I really love the sort of comedy Vir Das brings up. It’s extremely relatable and has dark humour and political jokes as well. It’s very well-rounded in general. 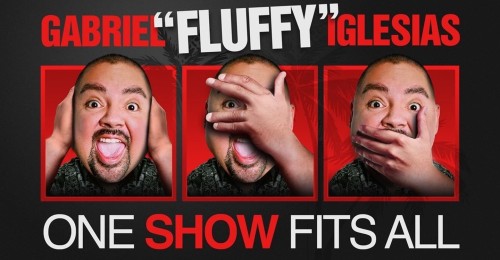 I recently discovered Fluffy and his insanely hysterical comedy acts and I’m absolutely in love. He’s just so adorable and does these amazing accents and animated noises that add a theatrical aspect to his comedy. As a person who watches a lot of comedy, I found his jokes and ways of narration refreshing. He just gives you a feel-good vibe in general and I would definitely recommend him to everyone!

3. Gabriel Iglesias: I’m Sorry For What I Said When I Was Hungry

Yeah, I’m a bit obsessed. Since I watched both of his specials back to back they’re all just a huge chunk of insane comedy in my head. I think I remember liking the other special a bit more which is natural since that one is his most recent one and reflects on his growth as an artist. But still, this special was extremely funny and I really had to hold in some laughs in public.

Have you seen any of these movies or shows?

If yes, what are your thoughts on them?

How do you manage your time between reading and binge-watching?

2 thoughts on “Everything I Binge-Watched In February”