I’m bouncing up and down with excitement now that I finally get to tell you all, Bookending Summer is officially here! Bookending Summer has a vague theme of Ocean, Beach, Vacations, Contemporaries (you know…Summer) and aims to bring the book blogging community together and is hosted by two of my friends Clo and Sam.

That’s right, it’s time to let off some steam and rant about those books that piss me off or just gave me a massive headache with all the crappy writing, characters or plot-lines

Oh my god this was such a disaster read! I got it in exchange for an honest review and from the very beginning I had a feeling that I wouldn’t like it. This book was a huge mess and the plot revolved around a horse which could have gone well but there was literally nothing moving the plot forward? The main girls in this book were treated horribly plus both Rafferty and Liberty ignored it when their so called best friend was being physically abused like what the hell? In conclusion: a chaotic mess. 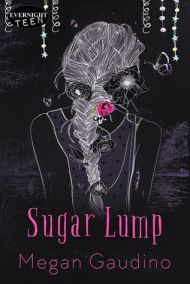 This book started off fine but barely a quarter in things got…strange. To start off the main character was the biggest idiot I have ever seen. The whole town was suspiciously nice to her and it was obvious to any freaking creature that some huge secret thing was going on but our MC had no idea. Everything was so rushed and yet nothing really happened in the book? And somehow I still have loads of unanswered questions. The ending was especially horrible, maybe it would have redeemed the book but it only brought it down further.

3. The Sky Is Everywhere 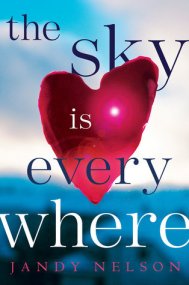 While I loved I’ll Give You The Sun by Jandy Nelson, this book was a huge no from my side. The thing that put me off the most, and which should definitely trouble other readers as well, is that the book is about two sisters, one of whom dies and the other immediately gets together with her dead sister’s boyfriend. I was cringing so hard throughout the book that I had to give it up. Who does that? And what are you encouraging teen to do? Any boy is game, even if he was in love with your dead sister?!! 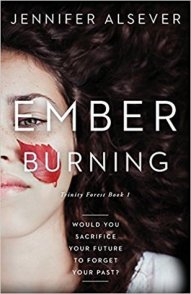 I could honestly write an essay on the number of problems this book had but I’ll try to summarize. Ember was the supreme idiot of the universe- an unstable girl who made all the foolish decisions knowing their consequences and falls in love within seconds. Also her love interest Tre? That guy had zero personality, he was a total paper character. The plot was slightly interesting but everything was so freaking disjointed and unclear. The ending while intriguing was very rushed and left things unclear. I might have picked up the second book but the thought of just reading about Ember makes me shudder so no thank you. Can’t stand her for another book.

Without no doubt this is the crappiest poetry book I have come across, infact it barely qualifies as poetry. The entire book was almost completely written in texting language using absurd abbreviations every place possible. You’re writing a book for heaven’s sake!! The writing also felt completely disjointed and while the themes the poet tried to pick were appreciable he failed to do them justice. The only good thing was that this was a very short read so my suffering was short-lived.

Okay. it felt really good to rant it all out, I’m pretty relaxed now. I’m a person who is usually easily pleased and entertained with the books she reads and for me to give a book lower than 3 stars is the rarest thing ever yet somehow in their own ways, these books managed to trigger me. But it’s all good, if a few bad books is the price I have to pay for hundred of beautiful books I shall gladly do that.

What are your thoughts on this post? Do you love any of the books I mentioned or are they still on your TBR? What are some books that make your temperatures rise? Write your own post on this prompt and let off some steam, trust me, you’ll feel a lot better 🙂

Follow Not Just Fiction on WordPress.com
Join 2,628 other subscribers