A modern day retelling of Cinderella where the female protagonist is a geek and a blogger? Hell yes.

Geek girl Elle Wittimer lives and breathes Starfield, the classic science-fiction series she grew up watching with her late father. So when she sees a cosplay contest for a new Starfield movie, she has to enter. The prize? An invitation to the ExcelsiCon Cosplay Ball and a meet-and-greet with the actor slated to play Federation Prince Carmindor in the reboot. With savings from her gig at the Magic Pumpkin food truck and her dad’s old costume, Elle’s determined to win – unless her stepsisters get there first.

Teen actor Darien Freeman used to live for cons – before he was famous. Now they’re nothing but autographs and awkward meet-and-greets. Playing Carmindor is all he has ever wanted, but Starfield fandom has written him off as just another dumb heartthrob. As ExcelsiCon draws near, Darien feels more and more like a fake – until he meets a girl who shows him otherwise. But when she disappears at midnight, will he ever be able to find her again?

Part-romance, part-love letter to nerd culture, and all totally adorbs, Geekerella is a fairy tale for anyone who believes in the magic of fandom.

I don’t think I’ve ever been recommended a book as much as Geekerella and seriously it did not disappoint. This book had me sitting on an edge and completely stole my heart before crushing it into a million pieces as I turned the last page. Why did it have to end?!

I love how as the years pass we’re getting more and more geek and nerd representation everywhere, including books like Geekerella. And it was all so accurate! Fandoms, unappreciative non-readers, blogging, Cons, cosplay and just everything okay? It’s 100% relatable.

There is almost always this cliche in Cinderella retelling where the step-mother is evil and both the step-sisters are evil and the protagonist’s life is a living hell. But this was different! I like the fact that one of the step-sisters, Cal was not evil but just shy and overshadowed by her other evil sister, though Elle didn’t discover it until like the end of the book whereas I could see that coming since the beginning.

Now the step-mother wasn’t exactly evil. She was unsupportive, biased, didn’t ppreciate Elle at all and a hell lot of other things but she was not pure evil without no rhyme or reason. So many books portray characters as evil but we don’t know exactly why they are so cruel. But you could actually tell that Elle’s step-mother was dealing with the stress of losing her husband a.k.a Elle’s dad and every time Elle mentioned Starfield she was reminded of her husband and that made her agitated and cross, bringing back all the memories from the past. But at the same time I hated her for how she treated Elle because her justifications were not valid. How do authors do this?! 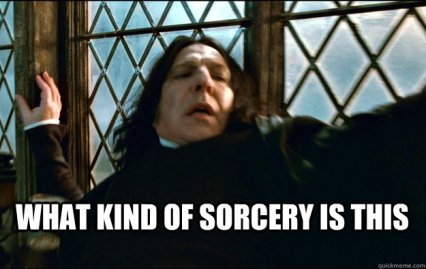 Elle’s green haired wannabe fashion designer friend Sage is gay and I love how they actually explore her sexuality in undertones throughout the book here and there, especially at the end. But yeah, no spoilers. Also, the male protagonist Darien is a person of color(POC) and plays the role of Prince Carmindor who is also a character of color. Yay for the POC representation!

Throughout the book there is this hate-love relationship going on between Elle and Darien which sounds cliche but was actually pretty well  written! They didn’t immediately go over from I-hate-you to I-love-you-to-the-moon-and-back, the process was gradual and sweet and you couldn’t help but fall in love with it.

For me the difference between a good and great book is how much can I relate to it and this book literally broke the relatable bar. Now I know this factor can vary from person to person but trust me on this, if you are a reader BOOM! You’ll be able to relate to this book.

All of the characters in this book were quite well developed with the exception of Chloe(evil step-sister, more on this later) They were all quite diverse and yet you could find a piece of you in every single one of them. All the relationships in this book, especially the friendships really struck a chord with me because they were so sweet! On one hand we had friends-since-forever Darien and Gail with great chemistry and on the other hand we had the awkwardness between Elle and Sage transform into a firm and beautiful friendship.

Usually retellings are way too predictable for you to enjoy them because you know the basics and what is going to happen next but Geekerella still managed to surprise me in small ways. There were slight twists to the story that I was not ready for and it only made the story even more interesting.

Remember me mentioning how there are two step-sisters but only one is evil? The evil one a.k.a Chloe had absolutely no reason to be so mean towards Elle. She was shown as a dominant girl who was a huge show off and didn’t give a care in the world. But why??? Was she jealous of Elle? Had she disliked her father? There has to be some reason! Also, small spoiler alert, at one point in the book she deserted her own sister, Cal and actually brought her down. No sibling would do that without even a flicker of regret and again, without any reason except her strong and undying hatred for Elle.

There were characters like Lonny the bodyguard and Darien’s best friend Brian that I really needed more on. There wasn’t much background on what really happened between Brian and Darien until way in the end which actually seemed slightly rushed and I feel that Brian’s story could have been much more developed. Also, Lonny suddenly became friendly with Darien which I actually liked, but some background on him and why he was being so friendly with his boss would have been highly appreciated.

Why did it have to end? I need more Geekerella content! I’m aware this might not sound like a negative point but I’m to busy grieving so just let me be.

Have you read this book yet? No? What are you waiting for? And if yes, come fangirl with me in the comments section down below! You can also leave your views on this book or any other questions you may have regarding the characters and storyline, I’ll be happy to help.